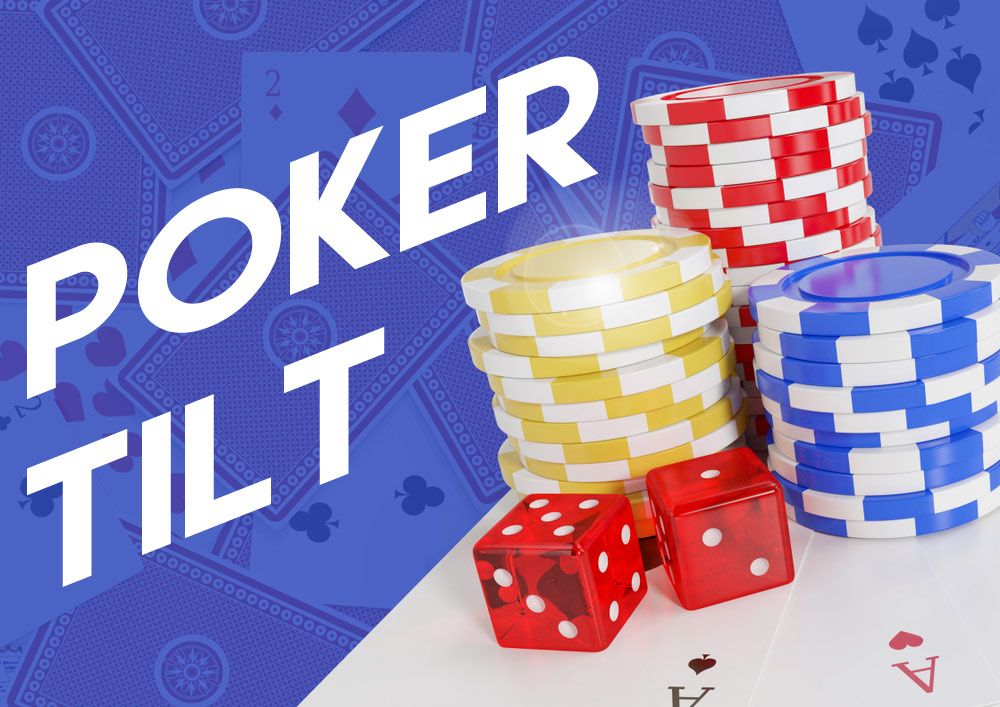 A Poker Tilt Does Not Have to Signify the End of Your Betting Career!

The phrase “poker tilt” is arguably one of the most horrific terms that a player can encounter. However, is it really as severe and limiting as it might initially appear? As opposed to throwing your virtual chips to the floor and adopting marbles as a hobby, why not instead appreciate the true significance of a tilt in poker as well as how you can learn from the experience? If you hope to become a better all-around player, you will be very interested in what this article has to offer.

What is Poker Tilt and Why do Players Avoid Such a Situation?

We can think of a tilt much in the same way as we would view a driver changing his or her lanes while on the motorway due to the actions of others. However, there can be times when this type of lane change will prevent the driver from reaching the appropriate destination. A tilt in poker occurs when a player deviates from his or her normal strategy as a direct result of the actions of other competitors or bad luck. This is often known as a “bad beat”.

“Bad beats” generally represent situations that cause a player to lose money, confidence or both. They will frequently result in strategic changes and not all of these modifications are beneficial. Indeed, psychology will often cause a player to abandon conservative tactics in order to “get even” with another individual. This type of clouded judgement can lead to poor decisions and losses will thereafter increase.

There are also different degrees of a poker tilt. As we are all human beings, it is only natural that losing hands will negatively impact our emotional stance. Some players can shrug off losses while others will take them to heart; particularly if others are “talking trash” during the game itself. The main point is therefore to minimise (or eliminate altogether) the effects of poker tilt so that the correct decisions can be made even when things are going poorly. Let’s take a look at some sound strategies that will help a player to remain cool, calm and collected.

Stop Tilting Poker with These Easy and Intuitive Steps

We mentioned emotion in the last section and it is equally important here. Players who are able to maintain a level head are much less likely to tilt at the first sign of trouble. Therefore, try to keep your feelings in check at all times. If this is not possible during a high-stakes game, it is better to take a short break and to return to the table when you are more composed.

What goes up must come down. This is the second concept to appreciate. Well-known players such as Phil Ivey have recognised this undeniable fact. Poker is a game of odds and statistics as much as it represents an intellectual challenge. Every player in the world will suffer negative hands from time to time. The key here is to realise that such downswings are natural and unavoidable. So, take losses in stride as opposed to tilting and magnifying their impacts.

Know the warning signs. A tilt in poker rarely occurs “out of the blue”. Instead, there will be signals that you are possibly becoming a bit unravelled. It is much easier to stop the momentum of a snowball at the top of a hill when compared to the bottom of an incline. In other words, keep an eye out for the triggers that may ultimately lead to a tilt. Once these are recognised, you will be in a better position to deal with your emotions as they rise to the surface.

Finally, use a bit of common sense. We are not only referring to basic poker strategy in this case. On the contrary, avoid confounding factors that will only serve to increase the chances of tilting. For example, do not enter into another pot if your bankroll is already dangerously low. Avoid drinking alcohol and other types of substances that might impair your judgement during a critical moment. Do not play poker if you are overtired or otherwise distracted from the game itself. Losses are almost certain to occur.

It is easy to stop tilting poker if you know what to look out for. Always remember that you ultimately govern your emotions as opposed to the other way around. While it can be difficult to change a bad habit, it is nonetheless entirely possible if you follow this simple advice.